Getting Started with Kickstarter 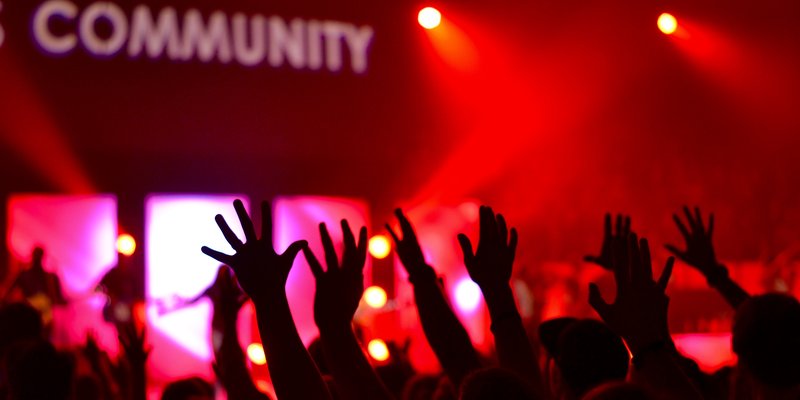 You want to start an e-commerce business? That's fantastic! Getting it started can be a bit tricky. The age-old adage "you have to spend money to make money" is as annoying as it is true. Successfully started businesses don't just fall from the sky. It's definitely going to take some extra effort to kick start your business. That's why the popular crowdfunding company, Kickstarter, is so awesome for budding businesses.

For starters, Kickstarter is a popular crowdfunding company in which fundraising campaigns can be started with the goal of funding a project. Various patrons will donate to the cause. If a campaign is successful, the project goes on to be funded. If it is not, the funds have the possibility to be returned to their respective donors.

The reason why it is called "crowdfunding" is because anyone anywhere can donate. Friends and family can donate, or total strangers can donate. This particular method of fundraising is gaining steam because it levels the field somewhat. In the days of old, if you wanted to start a business, you usually had to get money from the bank int the form of a business loan, or have potential investors. You'd have to repay the money to the bank or offer up a stake of your company to the investors.

Crowdfunding is different in the sense that you will not have repay the money that is donated to your cause. If the campaign is successful, usually you repay the donors in some other form of gratitude, which would be your choice, at your discretion. and not mandatory. Generally, the idea behind getting people to donate through crowdfunding is that it's a great way to get people behind your product and jump start your marketing for your business.

Why Should You Use It?

Kickstarter is the most popular form of crowdfunding and probably the most successful. Around $4 billion has been contributed on this platform versus no more than $2 billion on other platforms such as Indiegogo. Kickstarter comes with brand recognition as well. I'll bet you probably hadn't even heard of Indiegogo.

Kickstarter is a bit more fair than other platforms in the sense that if your campaign goal isn't met, funds are returned to the fellow donors. This reduces the possibility that donors will feel cheated and will increases the chances of their donations. This is not the case with some other platforms. While that may sound like a win for you, it's not so much. Let's think about this.

Pretend you're using another platform besides Kickstarter. You didn't meet your goal, but you're allowed to keep the money that was raised. Unfortunately, you don't have the funds to completely start your business and do what is needed for it to run successfully. You could probably start another campaign, but the likelihood that the same people are going to donate when you weren't successful before and they didn't get their money back the first time is pretty slim.

With Kickstarter, it's all or nothing, which seems fair to me. If you don't reach your goal, the funds raised are returned. So you could probably fail as many times as you want, start another campaign, and people might be more willing to donate knowing that, if unsuccessful, they get their money back. If it is successful, your business can launch, which would be helpful to the donors as they obviously believe in the project. They get something in return.

One of the first things to know about Kickstarter is that there are gatekeepers. By this I mean not everyone will gain entry. It isn't a free for all. You have to be approved to use the site in the first place. This is not as daunting as it may seem. Creative projects and ideas are almost always approved, so don't fret. It's something they do so that someone who wants to go on a cruise won't try to use their platform. It could be better for you because there might be less competition.

You want to make your project sound alluring and creative. You also want to make sure you're being very specific about the project. Don't be aloof just because you think the mystery will seem enticing. It's not. Give up the details. Even how you got up at 3 in the morning working on it because you had a dream. These are the projects more likely to go on to the next phase. The reason is, again, to make sure the right projects are going on to potentially get funded instead of someone who wants to the newest iPhone.

Every project should also have a video related to the project. It isn't mandatory, but will significantly increase the odds that your business venture is successful. It should explain the project, how you got the idea, inspiration, and so on. Some fundraisers and videos are featured on Kickstarter's home page, which could potentially mean more donations for you. This is why I said don't be ambiguous. If someone happens across your homepage and they can't relate to you or your idea, they're going to pass. You should try to reel in as many fish as you can. Your video is the bait.

You also are going to need to determine your own fundraising goal to reach within a certain time frame. This would require research on your part. How much do you realistically need to start the business? How much will you need from donors? These are questions you're already going to need to know the answer to once you turn to Kickstarter. Remember that you have to spend money in order to make money. Kickstarter is not free, but still cheaper than other platforms. It will collect a percentage of the donations, so you'll want to consider that when you're calculating what's needed.

The reason for this is because there's no long-term investment in this project of yours. As I've mentioned, it's not the traditional way of getting funding where you get a backer and they own a stake of your company. Once people donate these funds, and your project is successful, that's where the relationship ends. So, it might be nice to thank them for helping ensure the success of your business. Of course, if they believe in your business enough to donate, chances are they'll be back.

Something else you'll want to keep in mind is utilizing social media. This will also be extremely helpful in terms of causing your project to succeed. You also might want to update your followers and backers on the progress of the project, which would actually be pretty fun because you get to share your ideas and they might feel more involved. It could feel like a community effort.

Once your project is approved, you've set a goal and time frame, made a video, and determined rewards for potential donors, you're pretty much good to go! It wouldn't hurt to visit Kickstarter's page to get a little more background information and perhaps glean more ways that your project could be successful. All in all, do the research, have fun with it and use it as a learning experience. Let Kickstarter kick start your business.