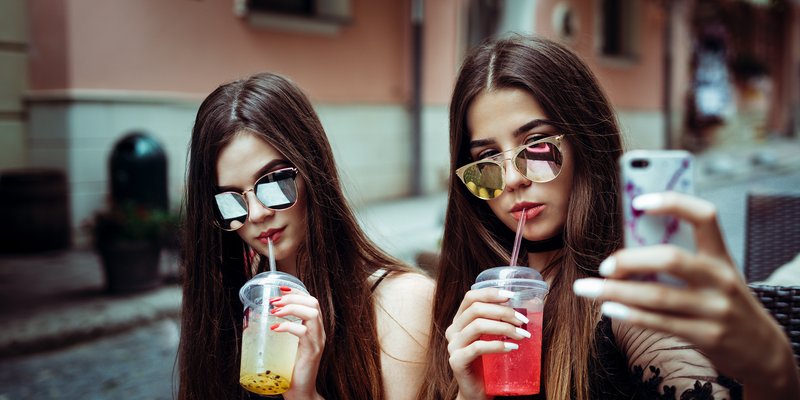 “I’m Snapchat famous” a girl once told me with all seriousness. I laughed it off thinking, “There’s no such thing as ‘Snapchat famous’ and even if there were, it’s a stupid concept.” I believed it was a made-up term that the girl used to validate herself, one almost as absurd as “Instagram famous.” I wasn’t judging her, I just couldn’t fathom a world where people were as famous as celebrities just for having the right following on a social media platform.

Well, I now know I was very, very wrong. While I have never crossed paths with this person on Snapchat, or any other platform for that matter, it’s possible some of you have. And even if you haven’t heard of her, I’m sure you’ve heard of the many other marketing influencers out there.

Is Influencer Marketing Relevant to Me?

You’ll note that I said “influential people” rather than “influential celebrities.” In today’s society, believe it or not, people have come to trust the word of influencers rather than celebrities. Shocking, right? Well, not so much. People tend not to trust the word of a paid celebrity readily because they are just that--a paid celebrity. The likelihood of them actually using the product they’re recommending is slim. And if it’s high, we still wouldn’t believe them because they’re a celebrity.

The influential people, those people you’ll find endorsing a product on their social media platform, tend to be everyday people who will give an honest opinion--at least most of the time. Some people might not put much stock into Instagram influencers. If you come from a different era, where advertising and marketing are done in print, it’s understandable why it might be hard to digest. But the world around us in constantly changing. Gone are the days where only a hardcore celebrity can successfully endorse your product.

Now you want to know why you should even consider Instagram influencers. I’ll give you the biggest reason of them all--Instagram influencers increase visibility. I’m talking both literally and figuratively. The fact that people will physically see your product on Instagram plants a seed, but to further water that seed, you’ll also increase visibility in search engines. Have I mentioned how important it is to be visible on Google (or other search engines...but mostly Google)? I must have because this is critical and thanks to all of those beloved hashtags and trending topics, a brand that is mentioned on Instagram is infinitely more likely to have optimized search engine visibility as opposed to a brand that does not. I’m not joking.

SocialMedia Marketer talks about an example of influencer marketing affecting Good Greens, a nutritional bar company. Good Greens partnered with various influencers by providing them free samples of their product and asked if they wouldn’t mind sharing their experience and opinion about the product with their followers. The influencers did so and the end result was phenomenal. When all was said and done, the influencers had increased the traffic to Good Greens’ website to 2,000+ visitors a month and increased their sales average by 50%in less than six months. So, still need a reason to consider influencer marketing? I hope not.

The best way to get started on this journey is to do your research. You need to know your target audience and you need to know the right influencers to choose for your marketing campaign. One of the biggest reasons Good Greens was so successful was because they reached out to influencers who were in that niche. If they had reached out to someone who represents the total opposite of their brand, they might not have been. It would make no sense to make your product visible where it won’t be seen. A good way to go about this is by comparing similar brands. Say, for instance, you’re a company that sells fitness products. You might want to take a look at the various followers of other fitness brands and also take a look at some influencers who push fitness.

Once you’ve done the research, and perhaps even selected an influencer, set up a plan. How do you want to appear on the influencer’s page? What products do you want on the page? How often would you like to be featured? What will the compensation be? These are all questions to consider. If you’ve already found an influencer, these are things to discuss. Obviously, you don’t want to try to strongarm the influencer’s creativity because they’re clearly good at what they do, but it is okay to offer guidance in the form of a request in regards to how you might want to be featured. Something else to consider when dealing with this is that you don’t have to leave everything up to influencer. Yes, they will most certainly be pushing your product, but you can also share the content they create.

There’s always the possibility that someone who might follow you might not follow the influencer. The good thing is no one will walk away with a bad taste in their mouth. You’re still pushing the influencer which may in turn garner them further recognition for other opportunities and the followers won’t feel like they’re being bombarded with the brand. Another bonus is that these marketing techniques are not pushy. If a brand is viewed on an influencer’s Instagram page, that’s it. There’s no commitment, it doesn’t stay embedded in your browser history harassing you as you’re trying to be a functioning member of society. And best of all, they’re subtle. They’re not ostentatious, but rather quite pleasant to look at.

If you’re looking to step into the vast body of water that is influencer marketing, then these are just a few beginning steps to take. You don’t have to rush into it. In fact, I would advise against rushing into it because that can end up being quite a costly mistake. I’m sure many of these things sound good to you, but you still should take the time to do the research and make an informed decision. If you don’t and you rush in anyway, you could lose money and time, which would be the complete opposite of the purpose of this venture. This is just the beginning, but you always want to keep rising.