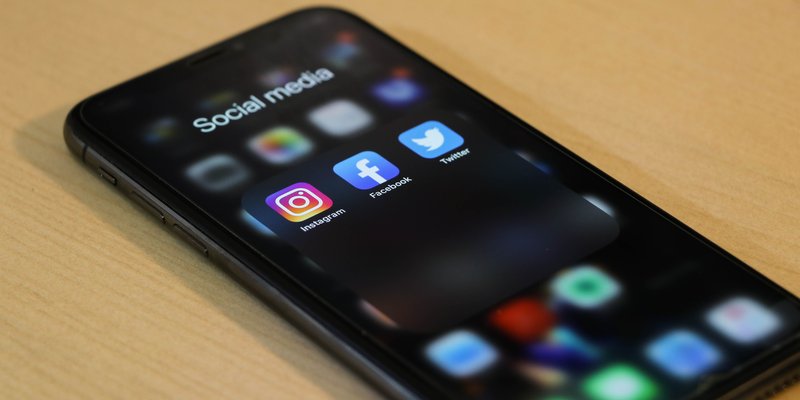 When you acknowledge the fact that billions of consumers utilize social media in one form or another, it's hard to ignore the role that social media can play in your business. It is likely that, in this day and age, you have some sort of social media presence. You may have been using it for marketing most likely, but if you have only been looking at social media as a means of marketing, you're missing out on additional opportunities. There was once a time when, if someone was outraged about something, they threatened to call a news channel or the newspaper. They might tell everyone closest to them over the phone. In the 21st century, though, consumers use a new threat--social media.

Social media has such a wide reach when it comes to consumers. To ignore the benefits of social media is folly. Customers aren't always going to complain about you on social media, either. There are many times they will compliment you. It is also important to note that most consumers will spend more money with companies that engage with them. You likely already have a social media presence, so getting started with using it as a support mechanism won't be difficult.

I'm sure you're on some form of social media in a personal setting so you "mentioned" or "tagged" someone before. Consumers will likely do this with your business whether for good or for bad. As long as you have an active social media page, you'll know when they mention or tag you. The trick is finding them when they don't mention or tag you. Oftentimes, consumers will say something about your company (usually negative) without using your name, or handle, becuase they're intentionally trying to exclude you from the conversation. You can either search manually for these mentions by simply serching your brand's name, or you can enlist the help of any of the several tools that exist, such as Zoho Social or Hootsuite, to do the search for you.

Determine What Comments Get Responses

Customers will likely reach out to you directly in their quest to get assistance from your company. Whether you're responding to direct/private messages, direct mentions, or you're searching through abstract mentions, you're going to have to determine which comments or messages merit responses. If you're a well-known brand, it will be almost impossible to respond to every single article you find. Not to mention that it will be unnecessary.

The first time I ever tweeted Bath and Body Works, I was lamenting the loss of one of my favorite scents. I asked a question in the tweet, I mentioned them, and I never expected a response. To my utter surprise, they responded to me saying they apologized that my scent wasn't available but they would let their team know that I wanted it back. This led to a thread of back and forths between myself and Bath and Body Works. At the end, they gave me a recommendation for a different product and I thanked them. I later bought what they recommended.

The second time I tweeted Bath and Body Works, I stated that the lack of free shipping wouldn't stop me from getting the soaps I wanted to buy. I never received a response from them.

Do you see the difference? Even as I mentioned them the second time around, I knew I wasn't likely to get a response as there really isn't one needed. I'm already telling them I'm purchasing something, I'm not complaining either, at least not completely. Bath and Body Works offers free shipping above a certain spend amount. The likelihood that they would offer it outside of that spend amount and on social media was very slim to none. However, my first tweet was a clear opportunity. Their team saw that and acted appropriately.

Reply as Quickly as Possible

I have said it time and time again--we live in a era of instant gratification. Generally, consumers, and people, are not as patient as they once were. If they reach out to you, they expect a response back almost immediately. When I tweeted Bath and Body Works, I got a reply rather quickly. Not only was I shocked that they had responded, I was shocked they had responded so quickly! I never expected a response from them in the first place, so getting one only boosted my opinion of them. Imagine if you can do that to all of your customers. If I had been expecting a response to my inquiry and I never received one, that would diminish my opinion of the brand and I would likely complain about it to someone or worse, go to a competitor of Bath and Body Works. Save yourself some trouble and respond to your customers quickly. If they feel you've forgotten about them, they'll forget about you.

Have a Dedicated Team

Having a dedicated team whose sole purpose is to do everything I have mentioned above will help you accomplish so much more. They will have the time to monitor your brand, determine what needs responses, and do so in a timely manner. Having a dedicated team to monitor all of your platforms and channels will reduce the likelihood that a customer will be ignored and will also reduce the likelihood that a situation gets escalated. First time responses are critical in ensuring customer service, so if they only have to reach out once for an issue and your dedicated team gets it in time, the customer won't reach out about it again except to say thank you.

On most social media outlets, your brand's response times are made public. For example, Facebook states that Bath and Body Works typically responds within a few hours. For somone looking for a response, they know what to expect and would likely reach out again if they hadn't heard anything the first time. With your dedicated team, you'll be able to meet those response times and reduce the possibility that they will need to reach out again.

This team will not only handle escalations and inquiries, but sometimes they'll be thanking a customer just for using their services. That goes a long way with the loyal customer.

Ultimately, using social media to support your brand shouldn't be that hard. In general, you have your customers' best interests at heart. You understand the need to give them access to you. When supporting your customers, don't swear, get defensive, or delete comments. You also don't want to engage with consumers who just want to get a rise out of you. While there are many consumers out there who genuinely want help, there are also plenty of trolls. You know your customers, so you know how to tell the difference. Enabling yourself with these tools will ensure continued support for all your customers.