Weighing In On Bitcoin 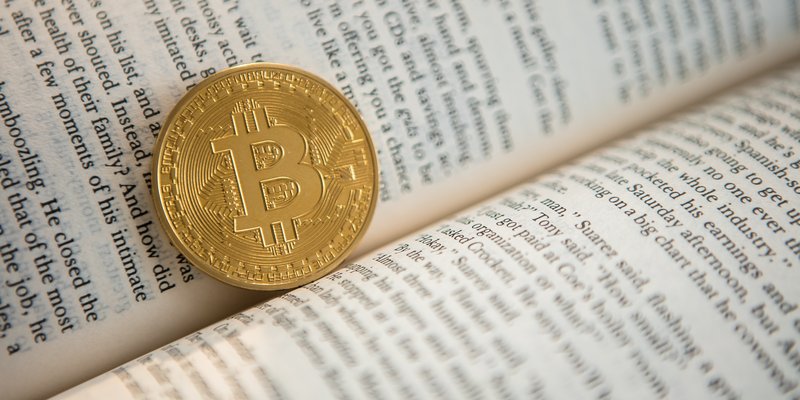 We are in the future.

Where we once had to have physical cash, like the cotton in your wallet or the plastic card which is a physical representation of the money you're borrowing, to do things, we are now seeing a slight turn of events. Something else is trying to take its place. Something we don't physically touch, but exists in the ether. At this point I'm sure many people have heard of cryptocurrency, more importantly, Bitcoin.

Bitcoin is a form of cryptocurrency, which is essentially digital currency. It is backed by neither the bank nor the government. Some might think that it is harder to track because it is digital., but this isn't necessarily true. One of the reasons that Bitcoin, and other forms of digital currency, is described as "cryptocurrency" is because the codes that generate them are all unique and, most important, encrypted.

Additionally, Bitcoin is stored within a digital wallet that stores the address of the user of that particular cache of Bitcoin. It is accessed by a password known only to the user. The transfer of Bitcoin is monitored and verified on a digital network and Bitcoin is finite: it cannot generate more than 21 million Bitcoins within the network. Ironically, that's a much safer bet than paper that is printed everyday.

Many business owners are moving towards allowing Bitcoin as an option for payment, but many companies are still apprehensive about it and reasonably so. It's a new form of currency and it is quite volatile on the stock market. There may be some time before finding out if Bitcoin will sink or swim, but at the very least it's currently not only swimming, it's flourishing. In the meantime, it would be worth considering options and weighing in on Bitcoin.

Millennials are currently the largest demographic anywhere and they're always looking for something to innovate their shopping experience rather than stick with the same stale routine. For example, they've begun to trust influencers over traditional endorsements or commercials. It can seem superficial, but Millennials are not spearheading this trend. Quite frankly, many of your shoppers might forsake you if they feel that you'll remain in the stone ages.

Your consumers will also be excited that you've revitalized their shopping experience and provided them with more options for payment. Many stores allow PayPal, credit or debit cards, and the like. By adding Bitcoin, you could be adding an entirely new dimension to consumers's shopping experience.

Any store owner knows and understands the irritation that is a charge-back. Fraudulent orders, lost items, undesirable items and almost anything you can imagine might result in a charge-back. They're such unfortunate situations because not only have you lost product, you've lost the money as well. With Bitcoin, this is no longer an issue. The way Bitcoin is coded prohibits the reversal of a transaction. Once a transaction has been verified by Bitcoin's network, the buyer no longer has any control over the transfer of it. This eliminates any possibility of any charge-backs. As an added bonus, the high encryption reduces the risk of fraud which further reduces the need for charge-backs.

When I go to my comic book store, they always prefer that I pay cash. In the event that I don't have cash, they prefer that I use my debit card over a credit card. Obviously, they won't turn me away if I were to use a credit card, but they prefer it as a last resort. Why, you ask? Because of the transaction fees associated with the purchase. If you've ever walked into any store and saw a sign that had a minimum for a debit or credit card purchase, there was a reason for that. The reason is that some of the purchases get eaten up by all of the fees and if a credit or debit card purchase falls below a certain dollar amount, they really don't make a profit.

Bitcoin changes all of that.

With Bitcoin, you can choose what you would like to pay in transactions fees. You can pay the full amount, which is still quite lower than traditional fees, or you can pay nothing at all. The only drawback to paying nothing is that you'll wait longer to receive the funds. But the beauty of it is that it's your choice. Such a choice doesn't exist with traditional currency.

The mob is fickle. That's been true since the beginning of time. While some people have principles and a loyalty system, others do not. There are many consumers who may potentially shop at your site over another one simply because you provide them with the option using their Bitcoin. It could also help you retain customers as well if you had any who were leaning towards using Bitcoin exclusively for their online purchases.

If you're a store owner, chances are that you may or may not have had to deal with international transactions. You might be cringing at how costly they can be. If you haven't dealt with them before, now's your chance if you elect to start using Bitcoin. Transaction fees are high with domestic purchases, imagine how they are with international purchases. You'll have more to deal with than just the rate from credit cards banks. In many instances, the standard fees are increased due to the conversion of different currencies.

With traditional transactions, many stores are taken out of commission because they simply cannot afford to tango. Bitcoin just so happens to even the playing field. With Bitcoin, you won't have to convert currency and the transaction fees are the same as virtually any other Bitcoin transaction. So long as an international consumer has a Bitcoin wallet, you can participate in international affairs.

Earlier, I mentioned Bitcoin eliminating the reversal of a transaction as a plus. Well it also has a downside. Because the money cannot go back into the consumers wallet, it nullifies the possibility of a refund. There could be a store credit offered or an even exchange, but as long as the customer wants a refund, it's guaranteed to sour the mood in some way. So long as Bitcoin isn't your only method of payment, this might not be as big a problem as it sounds.

Additionally, because there are no reversals of Bitcoin payments, there is no buyer guarantee. Most ecommerce stores have badges on their sites that state that all purchases are guaranteed and that the consumer's purchases are protected. Bitcoin disintegrates that safety net. Granted, if you've got a pretty decent rapport with your customers, this may not be the end all be all, but if you're a new store owner, it might be tricky to navigate. If you're utilizing Bitcoin, you'll definitely have to come up with an a game plan in the event of a return.

During its inception, Bitcoin was involved in many illicit activities. The first time I had ever heard of Bitcoin was while watching a movie in which the characters sold drugs and accepted Bitcoin as payment. Unfortunately, I am not the only one to be able to relate Bitcoin to illegal or illicit activities. Its anonymity and encryption allow for virtually anyone to use the cryptocurrency in an ill-favored manner. Because of this, people may equate your store with illicit activities. While you or your store may have never harmed a fly, your customer may believe that birds of a feather flock together.

As I mentioned, Bitcoin is not backed by any of the traditional banks. This removes yet another safety net. Because it isn't regulated, there is no legislation involved. In the event of a charge-back, the consumer would have to jump through hoops in order to determine who will handle the situation or how it will be done at all. While fraud would be rare due to the high encryption, it's not eliminated altogether.

Furthermore, Bitcoin's deregulation makes it extremely volatile in the market. It has been known to fluctuate drastically in the time span of a few hours. If a product cost 100 in Bitcoin and the market fluctuates negatively, you might not have that worth in your digital wallet. There's the possibility to lose money here.

Many consumers don't even really understand Bitcoin and because of that, many might avoid using it all together. It's possible that some consumers will not use any form of digital currency at all because it isn't regulated. Due to its, initially, negative inception, customers may not want anything at all to do with Bitcoin, or any form of digital currency. You also have the camps of consumers who like their money where they can physically touch it, see it, and have it

Fortunately, this is not a do or die situation. At least not yet it isn't. While the pros outweigh the cons in this scenario, there's still a lot to consider. As long as you don't make Bitcoin your sole method of payment, you'll likely be okay in general. There's still a long way to go before Bitcoin is a universal method of payment, but by the same token you also wouldn't want to be late to the party. It's best to continue weighing in on Bitcoin and decide what's best for you and your company.